Those I know who visit Japan go back again and again. It’s a culture of contrasts that seems to fascinate and captivate travellers. Once home, the everyday can seem droll in comparison, but there is a way to bring the beauty of Japan home without breaking into a art museum while you’re there.

Contemporary Japanese art and culture is full of intrigue and excitement – think origami, silk-screened papers, Anime, pop art, Lolita street fashion – but nothing matches the femininity and mystique of the traditional Geisha.

Geisha literally means ‘performing artist’ and that explains their fantastical appearance – and also explains why so much traditional and contemporary visual art is inspired by the beauty and femininity of the Geisha.

Fans, umbrellas and hairpins all contribute to the living fantasy that is the Geisha. Their use in Japanese interior design can bring the same to any woman’s retreat – whether it’s a sewing room, girl’s bedroom, office or library. BRIGHT: Layer upon layer of delicate pink fans will help give a bold, bright look to a woman’s retreat.

While Geisha essentially entertained men, they were generally not prostitutes. In fact, Geisha women lived in a strictly matriarchal style sub-society with Geisha houses run by women for women. The beginnings of the Geisha date back to 794 while the Geisha, as we know her today, was prominent in the 18th Century. In the 1800s being a Geisha became an official occupation.

Geishas transformed themselves into other worldly beings, calling themselves karyūkai or, translated, of the ‘flower and willow world’. ‘Flower’ described the colourful world of the courtesan (female entertainers similar to a Geisha, but who included sexual favours among their offerings) and ‘willow’ described a Geisha’s subtlety, strength, and grace.

That is why many traditional styles of Japanese art display that same sense of subtlety, strength and grace. Use of watercolours provide a subtle appearance to what would otherwise be bold colour; an abundant use of cherry blossoms represents strength; and depictions of Geisha in a variety of elegant and entertaining poses expresses grace. FEMININE: This series of four Japanese Art prints on canvas gives a room feminine qualities of subtlety, strength and grace.

The use of cherry blossoms, prolific in Japanese art, features heavily in both traditional and contemporary fine art and is absolutely everywhere in today’s world of professional and hobby photography. The exquisite cherry blossom is from the Japanese Cherry or ‘sakura’ and it was traditionally considered the place to picnic, so much so that the practice has its own name – ‘Hanami’.

While the most popular of the cherry blossom is the white one, it’s often the pink variety that finds its way into a variety of Japanese art forms from wall art to Manga to Irezumi (Japanese tattooing).

Geishas, as artisans, are a strong part of any journey into Japanese art history and, while today very few Geishas exist in modern Japanese society, much of today’s art still pays tribute to that bygone era.

The representation in modern art of the traditional Geisha is often captured in a fun and exciting way using bold colours, clean lines and the pop art image repetition made famous by Andy Warhol. POSITIVE SPIRIT: These colourful, youthful canvas wall prints will provide a spirit of positivity and fun to the bedroom of any girl in her young teens. While this particular exposé on Japanese interior design focuses on artwork primarily for women and girls, there is plenty from this diverse culture for men and boys.

From the fiercely masculine Samurai warrior, right, to the more spiritual temples and landscapes as well as iconic cultural symbols like sumo wrestlers and drummers, the online collection offers something for everyone.

Bringing Japan home with you may even mean your next trip away takes you somewhere new. 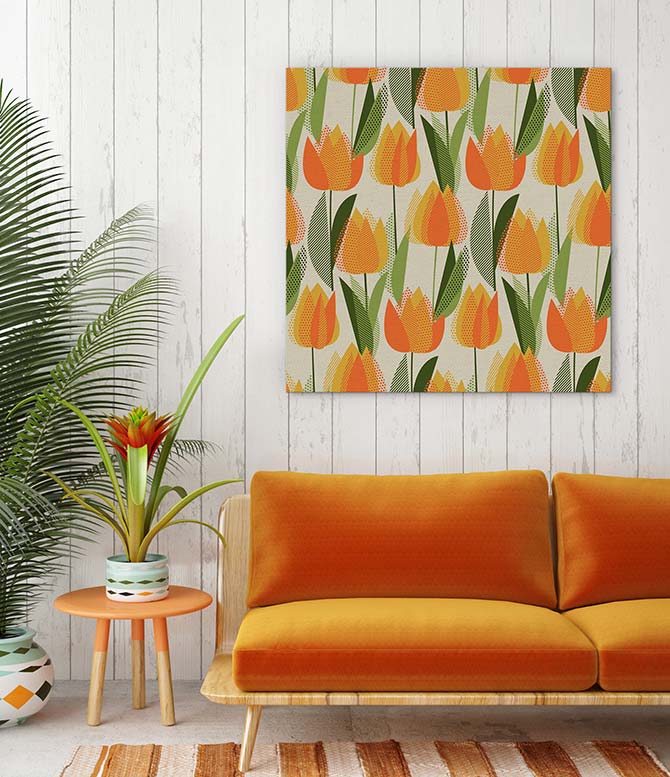 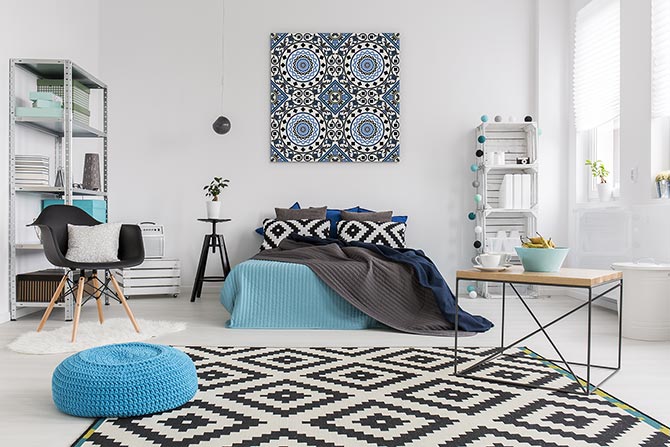 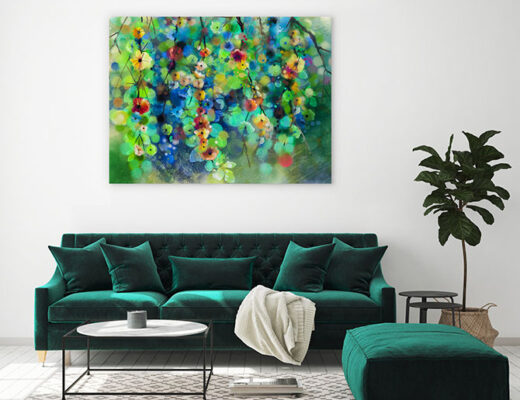