The mythology behind our favourite fantasy artwork

Not only does fantasy artwork transport us to another time and place but it provides us with poignant messages and reflections on our psyche and own world. Read through the stories of some of our most popular fantasy artwork, choose your favourite and hang it on your wall as a reminder of its infinite wisdom.

Traditionally, dragons are keepers of a building or structure. They are said to protect an area with their breath of fire and intimidating demeanour. And that’s what they are happy to let you think. For their strength comes in illusion. They are not as terrifying as legend has it and although they have, they would prefer not to harm a person.

The real illusion, though, is in what they are protecting. Dragons want you to believe that they are the protectors of a kingdom, castle or mountain or man made structure to distract you from the fact that the real treasure is hidden within the dragon’s blood. Just one drop could contain enough mystical powers for one human to summon all the otherworldly tricks they could need to take over the world. Dragons know that humans are ill equipped to deal with such powers and if they even knew it was a possibility, then there would be chaos.

‘Defending The Castle’ reminds us that someone around you, even yourself, could be fiercely and enthusiastically protecting something in order for something else to stay hidden.

Upon first glance, you may perceive the Faceless Visitor to be terrifying. But actually, it comes with great influence and potency.

It flits through the night, in between walls and in between air. It is the installer of all dreams and messages and noises in the night— begging you to pay attention to your subconscious happenings. For that is where the treasures lie and can truly be uncovered.

The ego mind will tell you it’s frightening but that is merely because the ego hates to be caught out with the truth. The Faceless Visitor is not here to scare you but to help illuminate the thoughts, subconscious patterns and outdated perceptions that go unnoticed, time after time.

Unicorn in the blossom

This stunning unicorn is the ultimate symbol of the brittleness of internal hope. The whimsy and fragility that she portrays is an expression of the delicate nature of our inner world and how it is more beautiful than we take credit for. But similarly, it can be so easily harmed if not protected.

The unicorn is most happy when she is amongst blossoms and blooms and the world twinkles around her, encasing all that is enchanted. She truly understands that nature is the most magical thing on earth and reminds us to wander amongst it or pay attention to the wonder that exists and to draw parallels between it and our inner world.

The Leopard Whisperer is a stoic goddess that is purported to be a powerful amalgamation of the Ancient Egyptian goddesses Bast, Mafdet and Seshat, after they conferred and decided to bestow their feline power to her, knowing she was well equipped to be the guardian and keeper of all the leopards. Once a leopard herself, she morphed into a deity when she didn’t die after using up her nine lives.

She symbolises stealth and the divine gracefulness that is inherently feminine and an independence that can be hard to fathom looking from the outside in. Whenever you spot a leopard in the wild, you are witnessing some aspect of her.

The goddess of overthinking— presenting as a shapeshifting mind and fluctuating beliefs— is said to reside in the space between your thoughts. The little voice that interrupts train of thoughts and brings you a seemingly random thought from nowhere, is the Shifting Thoughts influence.

She listens to every inner word you say, so choose wisely so as to not to contribute to jamming her cogs with too many unhelpful thoughts. Diligently, she can help you make sense of whirring inner dialogue and thought patterns, as she sorts through them all, one by one.

Get out of her way and allow her to transmute your thoughts to be on your side.

The forest nymph is sleight and an expert at keeping hidden as much as she needs to. Here in ‘Forest Nymph With Fireflies’ she looks frightened and cowardly but if you look closely you will notice that she is folding herself down to commune with nature, with the greenery that surrounds her, fireflies that dance above her and solid tree trunks that border her.

The forest is not only her home but it is somewhat of an oracle and medicine healer all at once. And she, and her fellow forest nymphs, are the translators and accessors of the wisdom that the forest continuously shares with humans, animals and otherworldly creatures.

Not all angels are bright white balls of light. The Angel Warrior is an absolutely fearless and stoic warrior that reigns over hearth, home, sacred buildings and temples, protecting them from harm. In physicality and in thoughts and deed.

She understands that sacred premises are more important than people, who are potential carriers of evil and can corrupt any land or monument with their unseemly ways.

She asserts incredible strength and durability, an unending passion to defend what she believes in, tirelessly and with conviction. Call upon The Angel Warrior to help with the protection of your home or business and to protect your creative projects from doubt, rejection or criticism.

Although intriguing, The Banshee Forest is a place of complete quiet— nothing is able to make a sound. Even if a branch were to fall to the ground, there’d be not a single thud.

Banshees are legendary for screaming as a foretelling of death. But here, in their very own dedicated forest, there is nothing but silence. It is their safe haven from having to be constantly burdened with the prophecy of death, where they can relax, restore and be untethered for as long as they wish.

This kind of surrealism art comes as a reminder that you can always create your own safe haven away from your duties and responsibilities and restoration is not only possible but mandatory.

Bird is a gift from the higher realms or even other planets (who can be sure) and has been gifted to provide all the wisdom there ever was and ever will be.

Bird has an unending well of knowledge to share with anyone who listens. For every problem, Bird has the most direct, shortcut solution. For every question, Bird already knows the answer.

But Bird doesn’t have time for fools and will fly away the second it feels you are not absorbing its message.

There is a place in the middle of the forest that cannot be found easily. People have roamed for years, trying desperately to discover where this mysterious oasis is hidden. Wandering winding paths day and night without success, many surrendering to the earth before their time all in the hope of reaching the mythical spot.

There are few who have found it and returned, reluctant and unable to share the secret of how to return. And even when they try to return, they always fail.

But this place truly does exist and in the centre of this charmed place has sprouted the legendary Heart Tree which transmits all the love there ever was and ever will be. It has said that it emits a love so strong that it can shatter a human to a million pieces.

One of the most misunderstood fictional characters could be the Queen of Hearts from Alice’s Adventures in Wonderland. Pegged as a heartless, dominating woman that sentences people to their death at a whim, what she truly wants is love. And to be loved by all that surrounds her. The mere suggestion that she isn’t able to reach this love sends her into a tailspin which breeds fear and hate.

There is one place that she knows of that loves her dearly. The garden of her creation. Here she gets the opportunity to soften and open to the possibility that love exists and what it truly looks like. And that she is deep, deep down, a kind hearted soul. Once she steps away from the garden, she finds it hard to remember the feeling and immediately retreats into old habits and hateful ways.

The Queen of Hearts and her garden, exists in all of us, as part of the psyche. The trick is to release the amnesia that keeps us apart from our true, kinder self.

Ten past eleven or 11.10 is actually the most mystical of all times. It precedes its more popular cousin, 11.11 which gets all the attention in modern day clock watcher circles. Where 11.11 is purported to be the doorway to another dimension on an energetic and ethereal level which humans can choose to walk through twice a day should they choose, 11.10 is much more powerful. For that is the moment in time when one is given the opportunity to choose… continue as is or see what is beholden in the next dimension.

A dimension that looks exactly the same as the one you exist in now, except there are subtle differences. You might feel more peace about the nosy neighbour or a bill is somehow reduced. Over time all these bonuses tend to add up and affect monumental change. Think of a butterfly that flaps its wings…

Legend has it that if you stare at this fantasy artwork long enough, the decision about whether to step through the portal to another dimension becomes incredibly clear to you, so you know exactly what to do when the clock flicks over to 11.11.

A deity of the wind and air, Wind Goddess, helps create and manipulate the wind to those who call upon her and assists the environment to restore complete balance. She carries messages as far as the wind blows and if you light a candle, you can instantly communicate with her, particularly around issues that are governed by the wind such as movement and relocating and the intellect.

Avid followers harness the energy and power of the wind to enhance their magic spells and bring about change, messages and influence destruction.

Gusts of wind are a pure action of the Wind Goddess… so when you see a note blow up around you or the wind forces you to trip over or the soft breeze reminds you of a summer memory, that is the Wind Goddess at work.

If we’ve whet your appetite for all things mythological, why not take a break from reality and discover your own stories with our full range of mystical fantasy art. 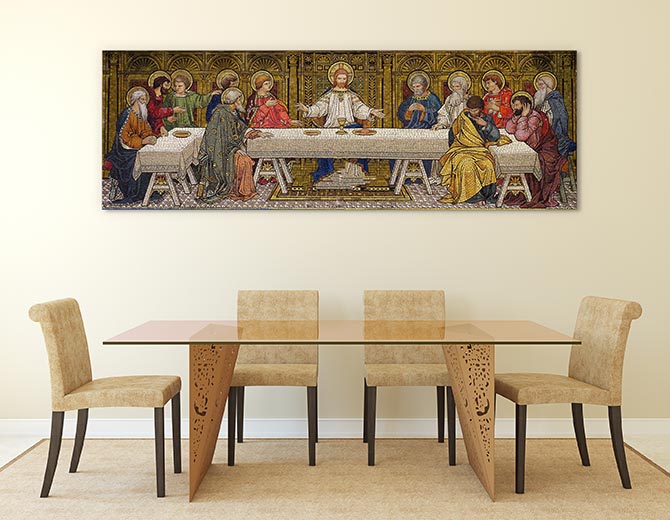 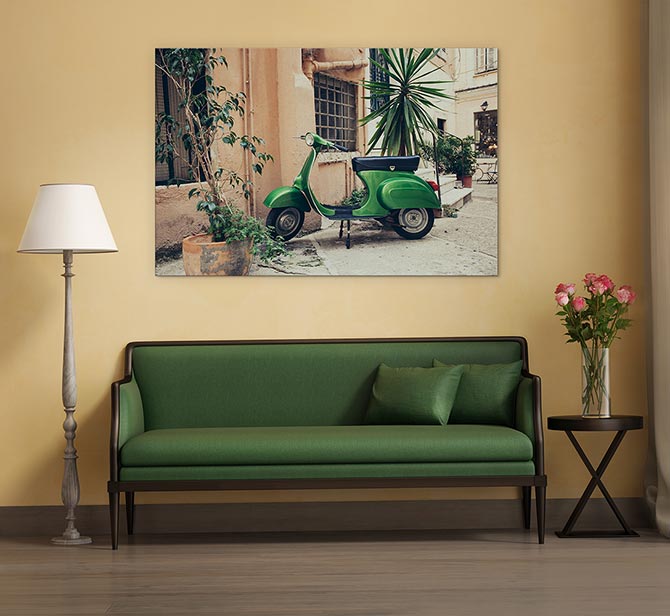 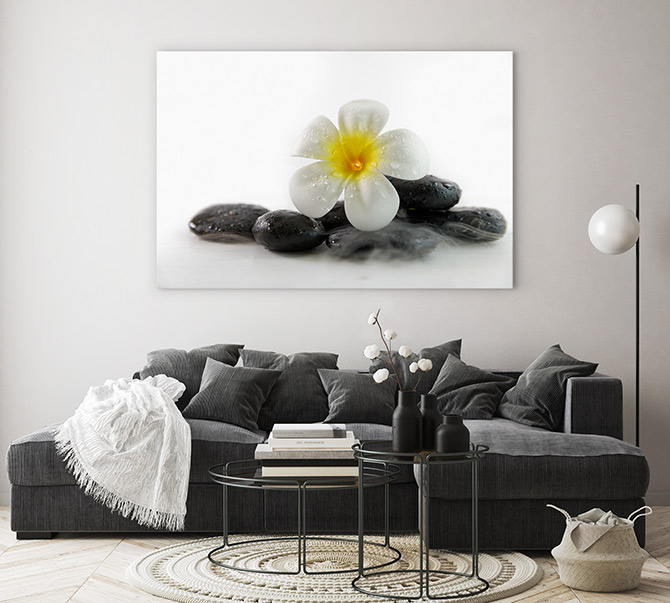 Stressed out? 15 zen pictures to help you relax 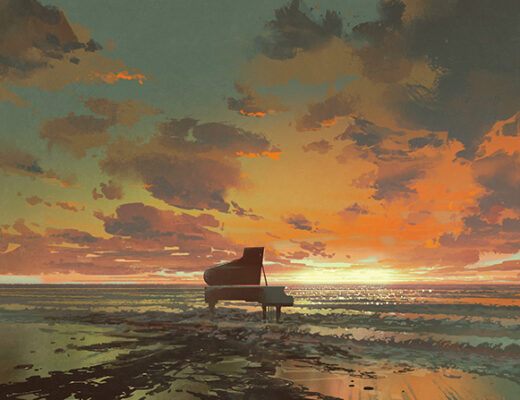